Armidale Go Club currently does not have a public venue to meet at. The How to find the club tab will be updated when the club has a new venue.


Armidale Go Club was formed to bring the ancient strategy game of Go to Armidale. Go is one of the oldest board games in the world. Its true origins are unknown but it almost certainly started in China over 2,500 years ago. By the 3rd century BC it was already a popular pastime. Go is played professionally in China, Japan and Korea with massive amounts of prize money up for grabs. On the modern Go scene national and international tournaments attract major corporate sponsorship and a large public following. Some TV channels are dedicated to Go. 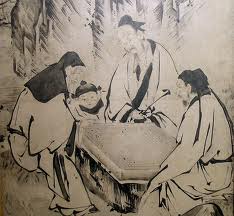 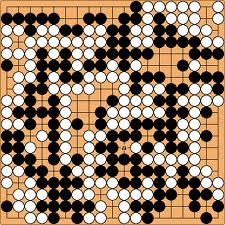 It was only in the 20th century that Go spread widely in the West but it is now well established all over the world. Over 60 countries compete in the annual World Amateur Go Championship and American Michael Redmond has reached the top level of professional Go in Japan. A survey done in 2003 placed the number of Go players worldwide at approximately 27 million.

As mental exercise Go is outstanding. The rules of Go are very simple yet the strategy is complex and the patterns that emerge on the board are beautiful and intricate. Go has been described as being like four Chess games being played simultaneously on the one board. Like Chess it challenges the analytical skills but Go offers far more scope for intuition.

The players alternately place black and white stones on the vacant intersections or "points" of a 19×19 grid with the object of surrounding more territory than their opponent. Stones cannot be moved but they can be captured and removed. The winner is the player who does this more efficiently by finding the right balance of aggression with prudence and of intuition with logic. When a game concludes the controlled points ("territory") are counted along with captured stones to determine who has more points. There are very few drawn games.

Smaller 9×9 and 13×13 boards are often used for quick games and also when beginners are learning the game. A very effective handicapping system allows players of widely differing abilities to play a game that is challenging and enjoyable for both on equal terms without distorting the character of the game.

In July 2008 at age 14 Joanne Missingham (pictured) became Australia’s first professional Go player. Joanne moved with her family to Taiwan when she was four years old and started to play Go at the age of six. Two years later she was a very strong amateur player. She also pursues her interests in gymnastics, music (piano and pipa) and swimming.

Go programs are an invaluable learning tool, especially for beginners. Despite the efforts of numerous talented programmers, computers could not play Go at the highest level. This all changed in October 2015 when AlphaGo became the first computer Go program to beat a human professional Go player without handicaps on a full-sized 19×19 board. AlphaGo was developed by Google's DeepMind.subdivision. In December 2017 the DeepMind team introduced AlphaZero, the final improvement on AlphaGo. Currently many organisations and at least one team of "ordinary" people are working to emulate AlphaGo. For example, Leela Zero is an open-source, community-based project attempting to replicate the approach of AlphaGo Zero. It has reached superhuman strength.

Nowadays strong programs are available to everyone and there are many websites (Go servers) for playing Go. Online-go.com (OGS) is an example of a  Go server for anyone to play go against fellow humans or against computer programs (usually known as AIs (Artificial Intelliences) or bots). OGS has a very useful feature whereby anyone may have their completed game analysed by Leela Zero.

The strategic and tactical possibilities of the game are endless, providing challenges and great enjoyment to players of all abilities. Go is a game that is impossible to outgrow.

You can do it, too! Sign up for free now at https://www.jimdo.com